Appstore.com.vn
Home Giải Trí Winnie Harlow says America's Next Top Model 'did nothing' for her 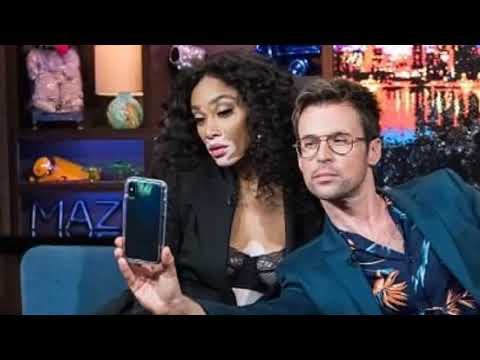 But Winnie Harlow has said that the show ‘didn’t do anything’ for her career – despite saying success immediately followed the 2014 competition.

The 23-year-old – who has unique skin condition Vitiligo – is now famous for global advertisements including Diesel and Desigual, fronting anti-bullying campaigns, as well as walking for major fashion houses like Julien Macdonald.

‘I really started [my career] after the show,’ Winnie told Andy Cohen on this week’s Watch What Happens Live.

Winnie – the first and only Canadian ever cast – reached the second week of the ANTM final, against 14 other girls.

She voluntarily returned to the show to compete in the Comeback Series.

On Tuesday night, she went on to explain how working with fashion photographer Nick Knight – after the programme aired – catapulted her career to new heights.

‘A photographer from London hit me up and he was like, “Hey, I’ve seen your photos online, and I want to do a shoot with you.”‘

Knight emailed Winnie after ANTM aired to offer her a shoot in London and she now considers this her first ‘big gig’ as a model.

‘The moment I laid eyes on [Winnie], I wanted her on ANTM,’ Tyra once said.

‘Her beauty is undeniable and her skin breaks down barriers of what is considered beautiful.’

Prior to the reality show, Winnie was featured in a music video for YouTube personality Shannon Boodram, though it’s understood that she had no modelling portfolio, aside from her prominence on social media.

The Guardian previously reported that Winnie had been rejected by every modelling agency in her native Toronto before getting the call from Tyra, which prompted her to leave school and board a plane to Los Angeles.

In the past, Winnie has also admitted that she was the one who initiated their first engagement on social media.

Winnie told CNN Style in 2016: ‘When ANTM was casting for the new season I asked all my fans online to tag Tyra Banks so she could see my photos — and they did!

‘My little sister started a Facebook page for me and one of the producers from the show sent a message showing interest.

‘Initially I didn’t believe it but I followed through and ended up being on the show for season 21. After Tyra gave me that opportunity it was my time.’

Despite Winnie’s dismissals of the show, Tyra has remained faithful to her former protegee, saying that she felt ‘proud’ when Winnie covered Elle’s February 2017 issue.

Winnie has also said that she wouldn’t do ANTM again, because the elimination from ANTM left her feeling ‘stabbed in the back.’

and she told the publication: ‘People ask me: Would you do it again? No. I want to be a model, not a reality star.’