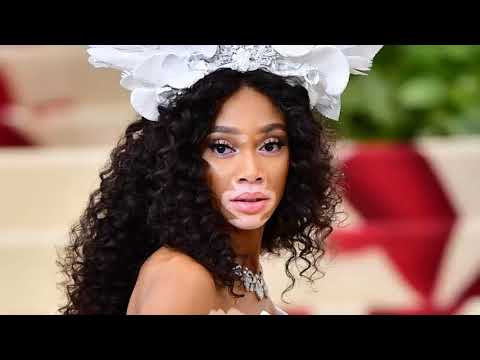 Winnie Harlow Disses ‘America’s Next Top Model’ for Doing Nothing for Her Career wInnie Harlow has modeled for Marc Jacobs, Coach, Elie Saab, and tons of other big-name designers and fashion houses. But little do fans know, the 23-year-old’s introduction to the modeling industry was actually on Tyra Banks‘s reality TV competition, “America’s Next Top Model.” On a recent episode of Andy Cohen‘s “Watch What Happens Live,” Harlow opened up about her time on reality TV, and let’s just say, she isn’t exactly pleased with people who credit “ANTM” as her big break.

As some might remember, Harlow competed on Cycle 21 of “ANTM.” The model, then known under her birth name, Chantelle Young, was eliminated in week two, but was brought back by fans later on and eventually finished in sixth place. When asked about her time on the show, Harlow wasn’t afraid to call out “ANTM” for the lack of opportunities it provides for its contestants.

“[My success] started after the show, ’cause that really didn’t do anything for my career…which, it doesn’t do anything for any model’s career, realistically,” she said. “A photographer from London hit me up—major photographer Nick Knight—and he was like, ‘Hey, I’ve seen your photos online, and I want to do a shoot with you.’ It went viral, and I got campaigns from there, and it hasn’t stopped since.”

Harlow admitted that when she signed on for “ANTM,” she expected the show to lead to major modeling opportunities. She was quickly disappointed when she realized that “ANTM” was more dedicated to pushing a reality TV storyline than making its models successful.

“I thought, ‘That’s going to be a career starter.’ But it was really a reality TV show. That’s not what I signed up for,” she said.

In the end, however, Harlow doesn’t look back on her time on “ANTM” with regret. Though the show didn’t lead the opportunities that she had hope, it did influence her career, one way or another. “It’s still a part of my history, and I’m really grateful for everything that I’ve done to get where I am,” Harlow said.