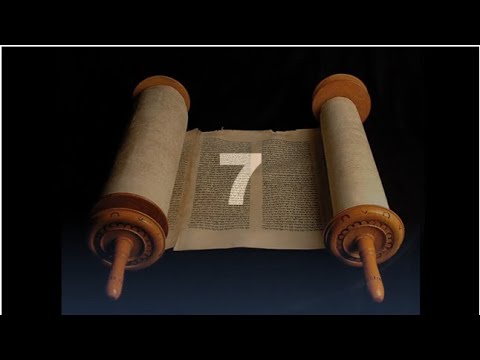 List of events that occurred during the #sabbaticalyears from Genesis to Apocalypse. For more information download the sabbatical table in pdf:

The symmetric chronology dealt with in this study demonstrates a surprising coincidence of dates and events that would end in 2030, of course it will be the future to confirm or not the reliability of the foregoing. The important signs described in this video should occur in the next sabbatical year (#shemittah) which runs from autumn 2022 to autumn 2023 #lastseptennium

While preparing this video I found on the web the file that can be downloaded from this link.

I marveled at how close to the reality are the intentions of the heads of State and government gathered at the United Nations headquarters in New York from 25 to 27 September 2015 exactly one day before the Tabernacles feast and the super blood moon, while the Organization celebrated its seventieth anniversary, and how much the timetable for the realization of those purposes coincide with God’s plan for the seven-year cycles covered in my video.
The document and intentions of the UN are the counterfeiting of God’s plan regarding the restoration of His Kingdom on earth within the fateful year of conclusion of the sabbatical chronological circle 2030. This counterfeiting will be done by the entity spoken of in Revelation 13 as the beast opening his mouth in blasphemy against God.