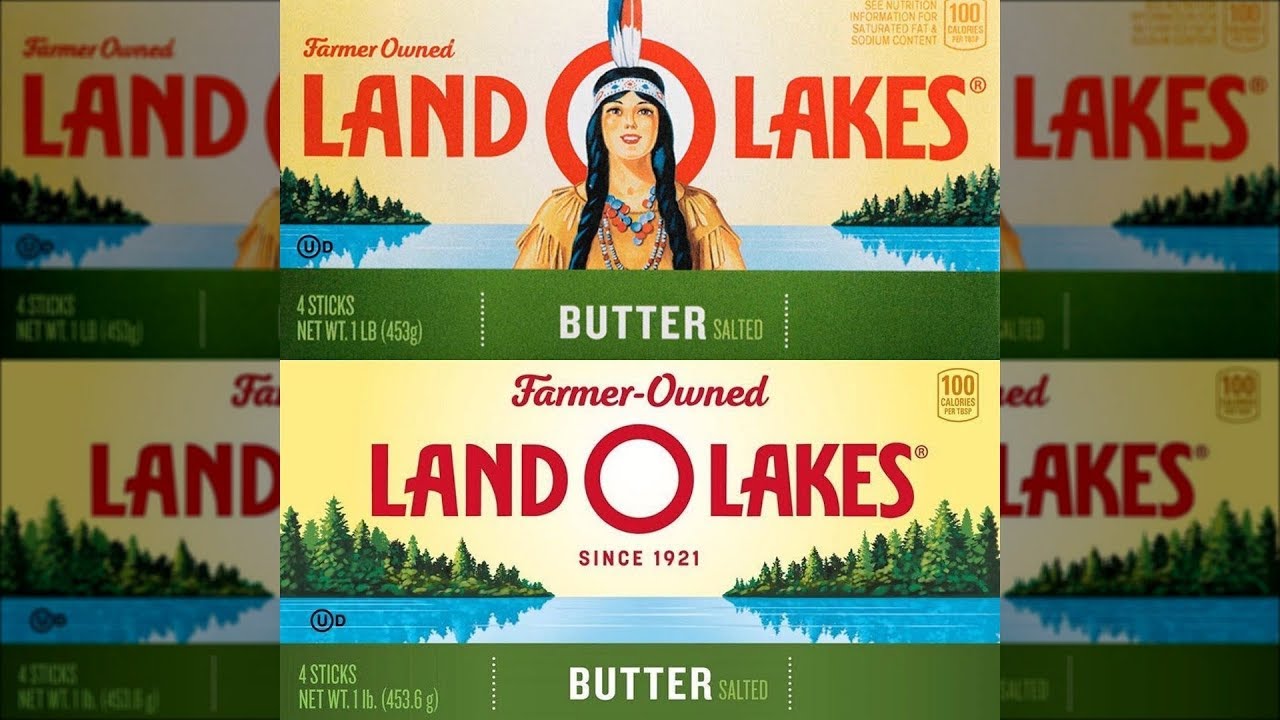 You might start to notice something a little bit different on the shelves of the dairy aisle over the next few months. Land O’Lakes, America’s best-selling butter brand according to Food & Wine, sent out a press release in February announcing a major redesign of its packaging to celebrate its upcoming centennial. Company CEO Beth Ford said in the release,

“As Land O’Lakes looks toward our 100th anniversary, we’ve recognized we need packaging that reflects the foundation and heart of our company culture.”

The new packaging is certainly very tasteful, retaining the green trees and sky-blue waters reminiscent of the company’s home state of Minnesota. But there’s an obvious missing element: the famous Butter Maiden, a Native American mascot who, according to the Twin Cities Pioneer Press, went by the name of Mia.

While Land O’Lakes did not publicly kill her off like Planters did with Mr. Peanut, its designers quietly removed her from the box. So why, apart from the anniversary celebration, did Land O’Lakes take such a major rebranding step? While the corporate spokespeople give one reason, media reports seem to favor another possible explanation.

Ford’s official explanation was that the company wanted to give a shout-out to the dairy farmers who make the company’s products. Land O’Lakes was founded in 1921 by a group of Minnesota dairy farmers.

The company is still, nearly 100 years later, a farmer-owned cooperative. As Ford explained in the press release,

“As a farmer-owned co-op, we strongly feel the need to better connect the men and women who grow our food with those who consume it.”

In recent years, Land O’Lakes has released several advertisements and a music video starring some of the real dairy farmers in the cooperative. Future plans include adorning butter boxes with photos of various Land O’Lakes farmers, much in the way Wheaties boxes famously feature images of star athletes. The packaging right now features just the illustration of the lake and trees. Photos or not, the words “Farmer-Owned” will be prominently featured on each label.

Nobody has beef with Land O’Lakes buttering up dairy farmers, particularly when the industry is in a bit of a freefall as milk prices reach new lows. Some media observers are speculating, though, that Land O’Lakes’ real reason for the packaging change may have been a wish to disassociate itself from a symbol many people consider outdated and culturally insensitive. North Dakota state Rep. Ruth Buffalo, a Democrat from Fargo and a member of the Mandan, Hidatsa, and Arikara Nation, argued that the Butter Maiden is not only an insensitive portrayal of a Native American, but is also presented in a suggestive manner. She told the Pioneer Press,

“We as a whole need to keep pushing forward to address the underlying issues that directly impact an entire population that survived genocide.”

The change in packaging has been well-received by members of the Native American community. Kevin Allis, chief executive of the National Congress of American Indians, told The New York Times that

“Discarding antiquated symbols like this [is] a step in the right direction…[The NCAI] encourage[s] all companies that peddle products displaying stereotypical Native ‘themed’ imagery to follow suit.”

Minnesota Lieutenant Governor Peggy Flanagan, a citizen of the White Earth Nation of Ojibwe, tweeted her gratitude to one of her state’s largest companies:

“Thank you to Land O’Lakes for making this important and needed change. Native people are not mascots or logos. We are very much still here.”

Mia dates back to 1928, when illustrator Arthur C. Hanson came up with an image meant to evoke rural Minnesota: a blue lake, green pine trees, and a human mascot, which was common among food brands of the era. He chose to depict a Native American woman in a buckskin dress kneeling and holding up a box of the product.

The design was tweaked in 1939 and again in the 1950s, when Minnesota Ojibwe artist Patrick DesJarlait had a hand in the character’s makeover. In more recent years, Land O’Lakes chose to use only part of the image, showing Mia from the shoulders up, de-emphasizing that she was kneeling in what could be seen as a subservient posture.

Whatever the true reason for her removal, honoring dairy farmers, a nod to cultural sensitivity or both, she won’t be on your local grocer’s shelves much longer. Watch the video to learn The Real Reason Land O’Lakes Changed Their Packaging!