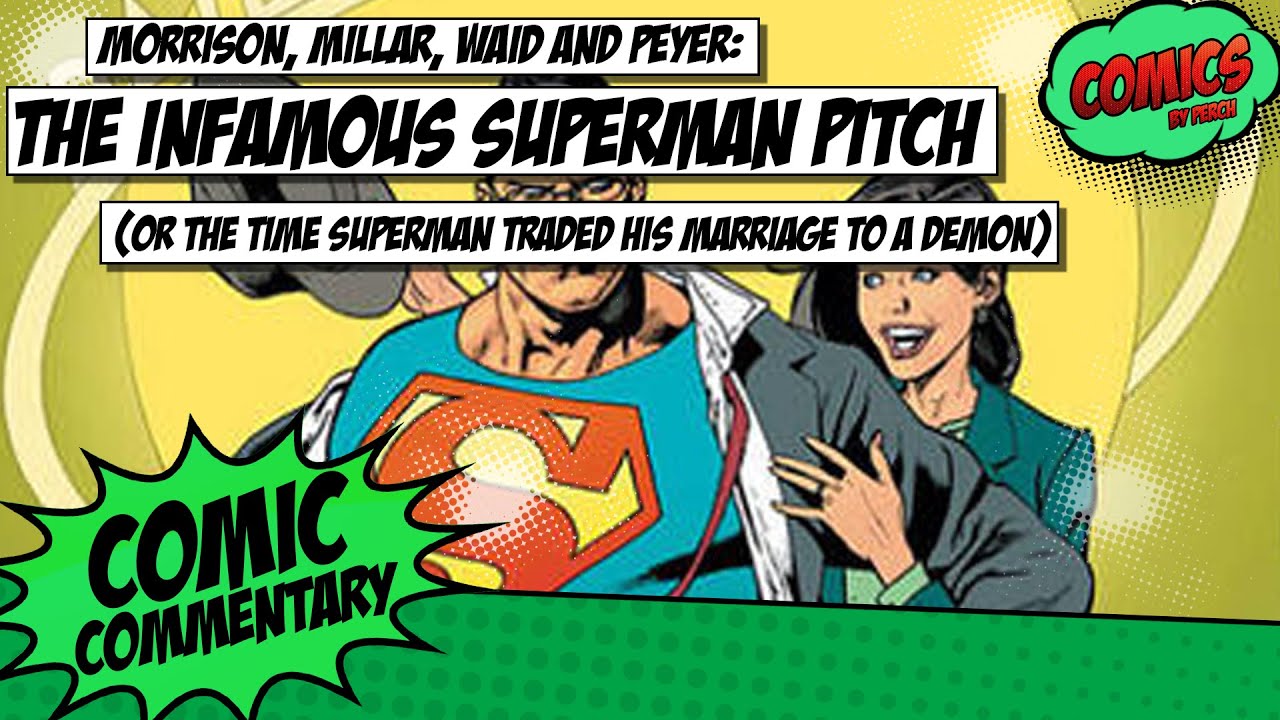 In October 1998, Grant Morrison, Mark Waid, Mark Millar, and Tom Peyer submitted to DC Comics an in-depth 21 page proposal, intended to revitalize the Superman franchise for the new millennium. The pitch was bold, new, and status-quo changing… and was not solicited by the Superman Editor and thus kicked off a firestorm of controversy. What was in the pitch? Would it have worked? And was it true that they wanted to erase Superman’s marriage via a faustian bargain with a 5th dimensional imp?

From the pitch itself:
“Historical record tells us that every fifteen years or so, Superman is re-imagined to address the wants and needs of a new generation. Fifteen years ago, John Byrne recreated Superman from the ground up. Fifteen years prior to that, Julie Schwartz and Denny O’Neil engineered the biggest shakeup since Mort Weisinger began bringing in all his familiar lore fifteen years previous.

“That fifteen year cycle is upon us again. With all due deference and heartfelt thanks to the creators of all the fine work done since the Byrne revamp, it seems that many of the social trends and historical currents which made those comics so appropriate and so successful in the ’80s and early ’90s have now been replaced by newer, different trends and currents. Sadly, sales would seem to reflect our contention that new times demand fresh approaches.

“We believe that the four of us understand the new face of Superman: a forward-looking, intelligent, enthusiastic hero retooled to address the challenges of the next thousand years. The ultimate American icon revitalized for the new millennium as an aspirational figure, a role model for 21st Century global humanity.

“The Superman relaunch we’re selling bucks the trend of sweeping aside the work done by those who came immediately before. Unlike the ‘cosmic reset’ revamps all too prevalent in current comics, our New Superman approach is an honest attempt to synthesize the best of all previous eras. Our intention is to honor each of Superman’s various interpretations and to use internal story logic as our launching pad for a re-imagined, streamlined 21st century Man of Steel. The ‘cosmic reset’ notion has been replaced by a policy of ‘include and transcend’ with regard to past continuity.

“Our intention is to restore Superman to his pre-eminent place as the greatest super-hero of all and to topple Spawn and every Marvel comic that’s currently in his way.

“We don’t think this will be much of a problem.”