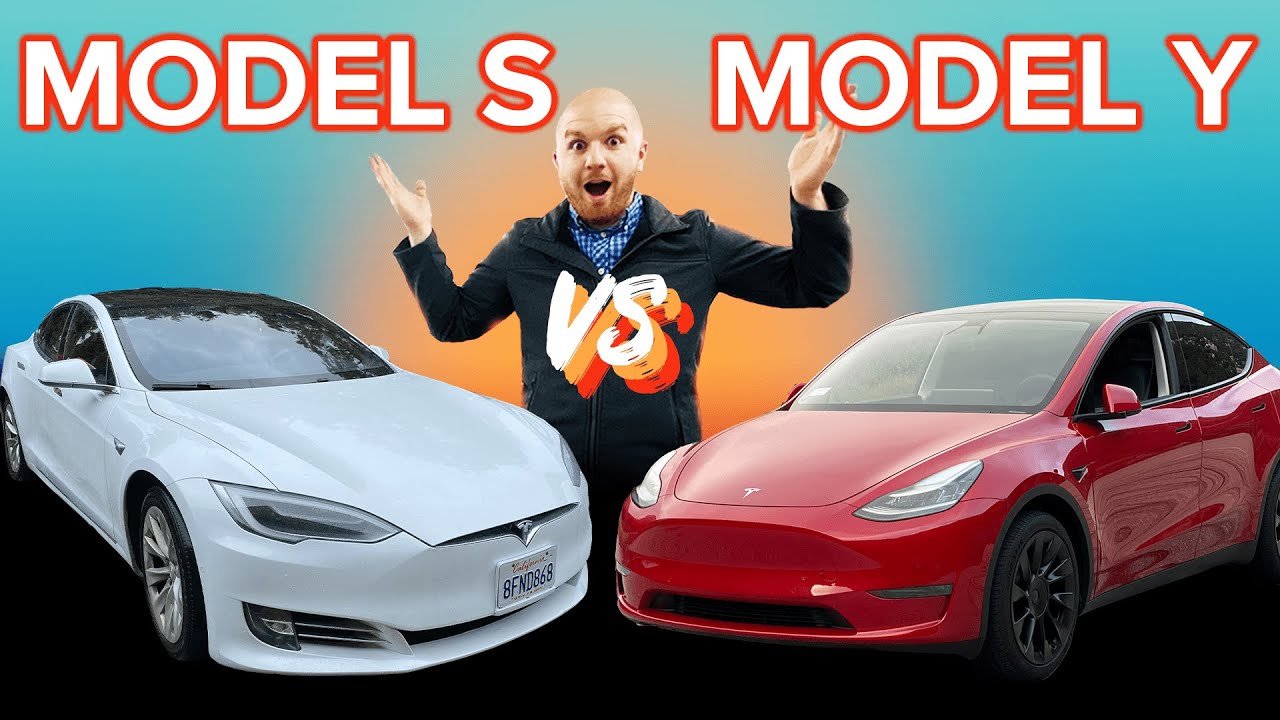 Tesla started Delivering the Model Y about a month ago, and today we compare it to their flagship from 2012, the Model S.

The Tesla Model Y is Tesla’s newest car and expected to be their most popular. The Model S was first released in 2012, and not a ton has changed since 2012.

The Model Y is brand new, but it is based 75% on a car that has been out for 3 years, and will eventually have a starting price of around $41,000 when the standard range Model releases next year.

Clearly, the Model S is Tesla’s fastest car and has the longest range, but with a difference of around $28,000-$40,000 depending on which trim you buy, it’s important to consider if the Model S is really worth the extra cost.

What’s interesting to note in these cars is just how similar they are when it comes to storage locations. In the Model S we have storage in the frunk, hatchback trunk, under storage, and side cubbies. And so does the Model Y.

Now my biggest complaint about the Model Y so far has been the rear visibility, and to be honest, it’s actually very similar in the Model S

With Model Y being a taller car, you’ll have more storage space in those same locations, but now let’s get into all the ways the Model S is better than the Model Y. For almost $40,000 or more between base Models, there better be some clear ways the Model S comes out on top.

Next up, the Model S features two screens, with the second placed right where speedometers are typically placed. This screen gives you speed, Autopilot visualizations, general energy usage, extra mapping data, and more options to choose from.

The Model Y features just one screen, but no screen directly in front of you.

Handling in the Model S is much sportier, now this isn’t to say that the Model Y doesn’t handle well. It handles incredibly well and feels sportier than most cars out there, but it’s a big car, and big cars just can’t handle the same as larger cars.

Next up, The Model S features Air Suspension, allowing you to choose between Low, Standard, High, and Very High Suspension.

The Model Y has a standard, fixed suspension with a listed ground clearance of 6.6 inches.

Next up, the Model S features a heated steering wheel, a power-adjustable headrest, more physical stalks around the steering wheel, and a HEPA filter for what Tesla calls “bioweapon defense mode”.

On top of these, the Model S rides smoother, and the cabin is overall quieter thanks to that Air suspension.

And lastly, the Model S includes unlimited supercharging for life.

While the Model Y only features one screen, the horizontal orientation, and location of the screen being located away from the dash actually make it much easier to see, and access for controls.

Furthermore, on the screen, the Autopilot visualizations are much larger and easier to see on the Model Y than the Model S.

The Model Y features this beautiful panoramic glass roof. Now the Model S used to come with a roof like this but doesn’t in 2020.

The length and width of the Model Y are smaller than the Model S, and it’s a noticeable difference when pulling into tight spots or garages. I find it easier to drive the Model Y for this reason. It’s smaller but doesn’t feel smaller.

On top of this, the added height on the Model Y gives it a lot more cargo space.

The Model Y is easier to get into than the Model S since it is higher off the ground, with higher seats.

The legroom in the Model Y is more spacious.

Last up, The Model S just feels older, and in need of a refresh.

Which car would you choose? Is the extra range, performance, and premium features worth the cost on what I would consider the somewhat outdated Model S?

Or does the lower cost, simplistic interior, glass roof, and cargo space of the Model Y make it the reason to skip the Model S? Let me know what you think in the comments below.