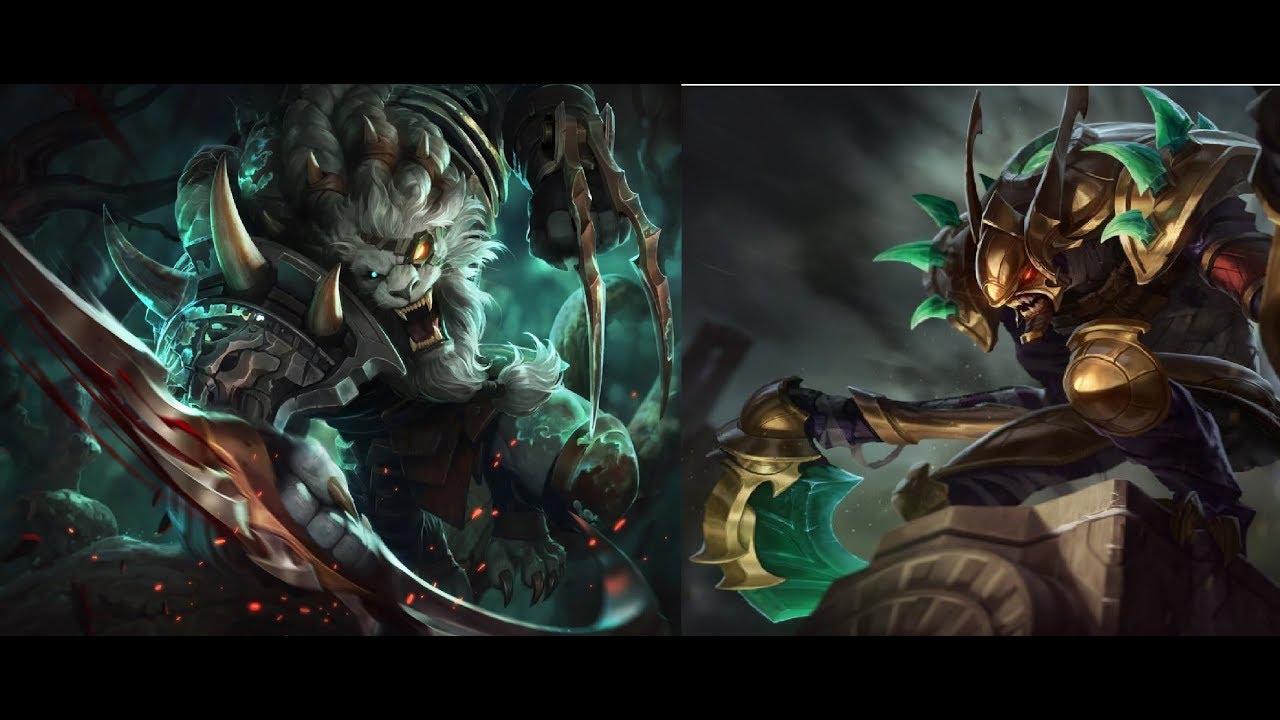 First of all, i want to say that i literally spent 10 hours on this video over several weeks.
This is a video of a game i played with my friend conner, the kha, on the last day of season 7. The video contains almost 100% of the significant game play of both kha zix and rengar.

The video was recorded in the practice tool. once with directed cam following rengar ALL 37 minutes, and again with it following Kha for all 37 minutes. I then had to go through the footage and trim it down to just the useful footage. I then had to go through all the footage and integrate the kha zix game play in between the rengar clips, keeping everything in chronological order. I then further trimmed the footage i intended to use, sometimes selecting an individual frame based on when a character entered the screen or when a certain animation started or completed. I then went back and added sound files, picking certain songs and scouring the internet for the right audio clips. I placed certain audio clips in sync with animations. Each time a music clip gets cut off in the middle of a sound bite or note, i stopped, i looked at it and decided if i liked it or not. Every awkward silence was chosen to be there. No frame of this was left in there without being scrutinized. If you have an eye for video editing, you’ll notice i even included a match cut or two. This was my master piece. I put so much into this video, i will never make anything as good. this is my legacy.