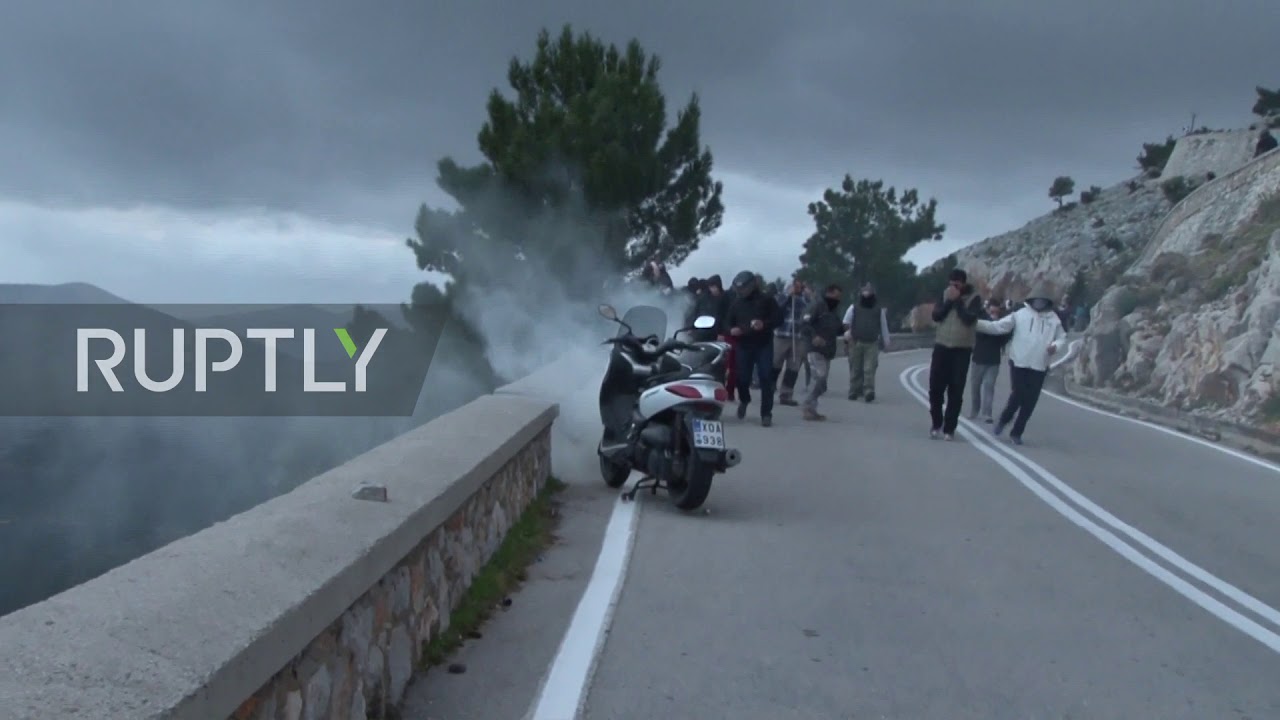 Protesters and riot police clashed anew on the island of Chios, as the demonstrations against the creation of new centres for migrants on the island continued on Wednesday.

Footage shows the protesters attempting to walk uphill Mount Aipos, where the new centres is planned to be built, before being prevented by riot police, who deployed tear gas.

Protests against the Greek government over the creation of new centres for migrants have been taking places across the north-eastern Aegean islands, including Chios and Samos since Tuesday.

The refugee crowding in the Greek camps had temporarily eased following a deal between the EU and Turkey but has worsened in recent months. With 74,613 arrivals in 2019, according to the UNHCR, Greek islands continue to be the main entry point for illegal immigration in the EU.