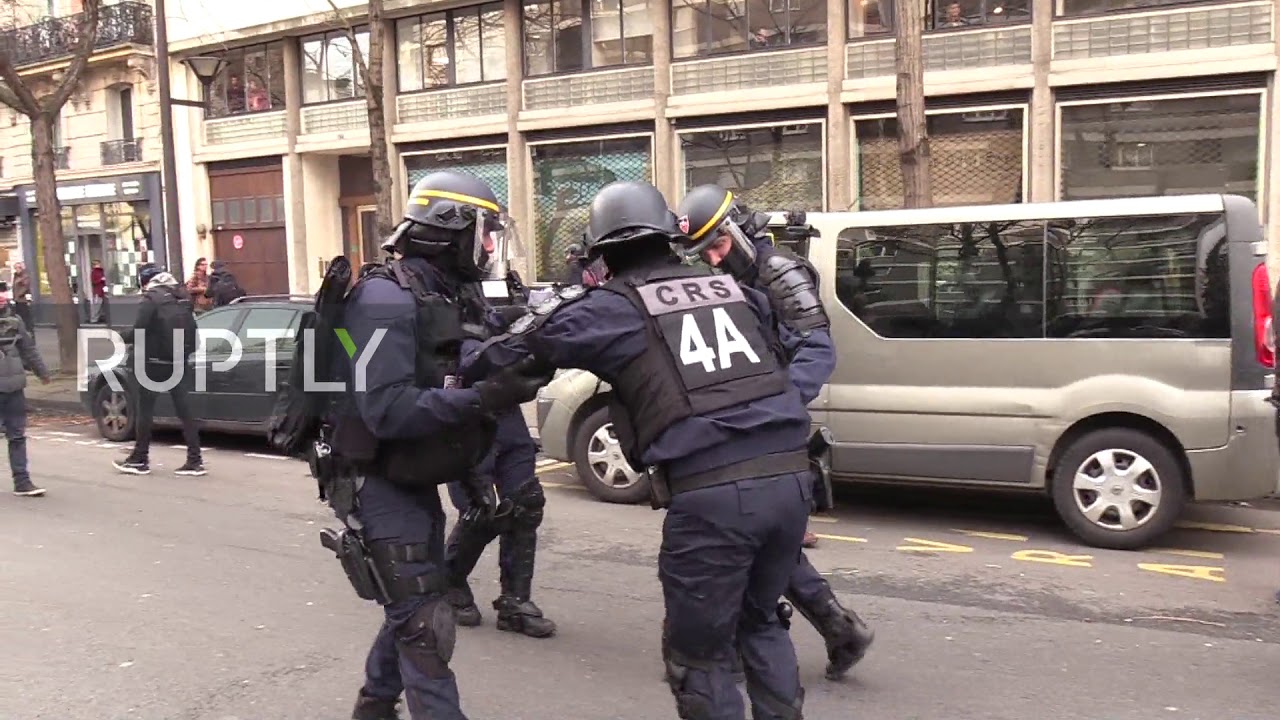 Violent clashes broke out between police forces and firefighters who were protesting in Paris on Tuesday.

Scuffles during which police were seen beating firefighters with their batons also took place.

Firefighters rallied in the French capital to demand guarantuees for their pension plan, better working conditions and a pay raise, with an increase from 19 percent to 25 percent in their ‘risk pay,’ as they claim staff shortages have been making their job more difficult.

A previous protest held by French firefighters in October was marred by clashes with police in Paris and in the southern city of Dijon.

On December 11, French Prime Minister Edouard Philippe announced a two-year-extension of the working period necessary to earn a full pension, triggering the anger of workers and trade unions. The reforms attempt to overhaul France’s pension system into a universal system that will see pay-outs calculated from whole careers rather than the current last five years of activity. The pension age will also be increased from 62 to 64.