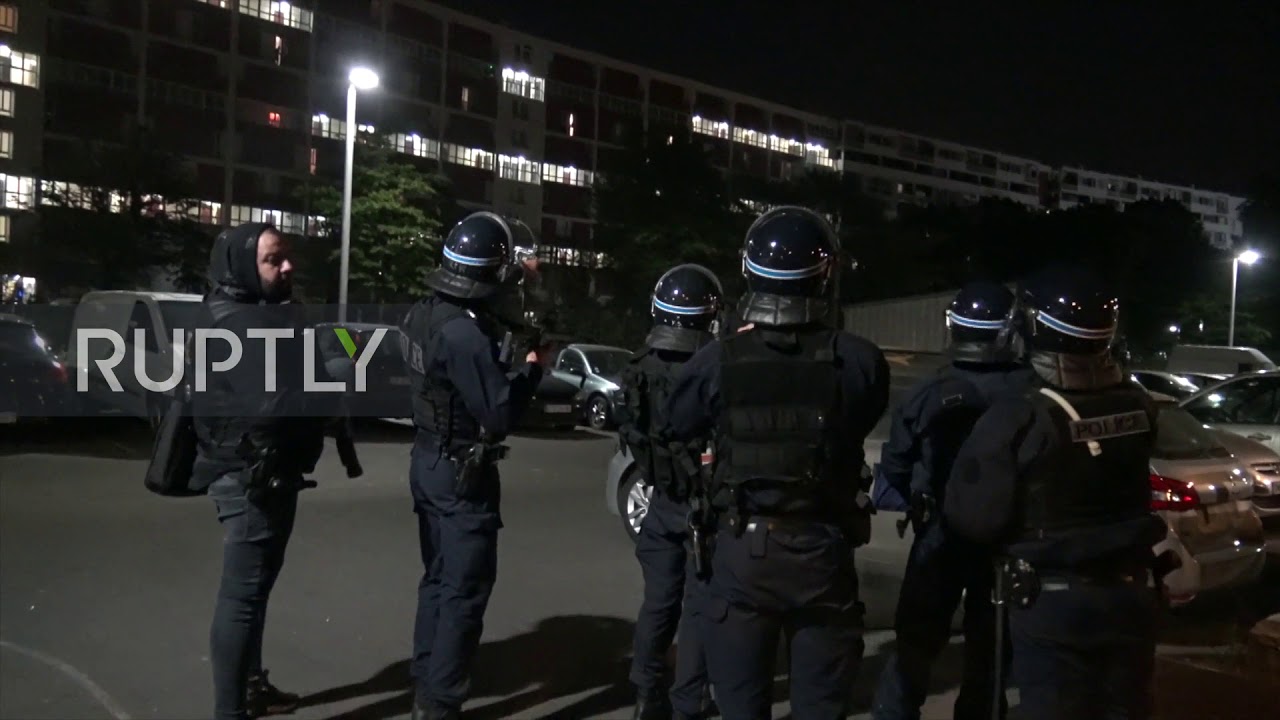 Tensions between police and the inhabitants of Villeneuve-la-Garenne, a suburb north of Paris on Monday night, continued to rise after a motorcyclist collided with an unmarked police car over the weekend.

Riot police could be seen patrolling the streets and approaching apartment blocks with drawn weapons. Fireworks were thrown in the streets and garbage bins were set alight.

The 30 year-old-motorcyclist who was involved with the incident reportedly fractured his leg after colliding with a police car door.

The police released a statements saying they opened the door to check on the man, who was allegedly driving at high speed and without a helmet and apparently ran over one of them before hitting their vehicle.

According to videos posted on Twitter, residents said that the car door was purposely opened to stop the biker. The biker was successfully operated on Sunday and declared his intent to press charges against the police on Monday, according to reports citing his family and lawyers.