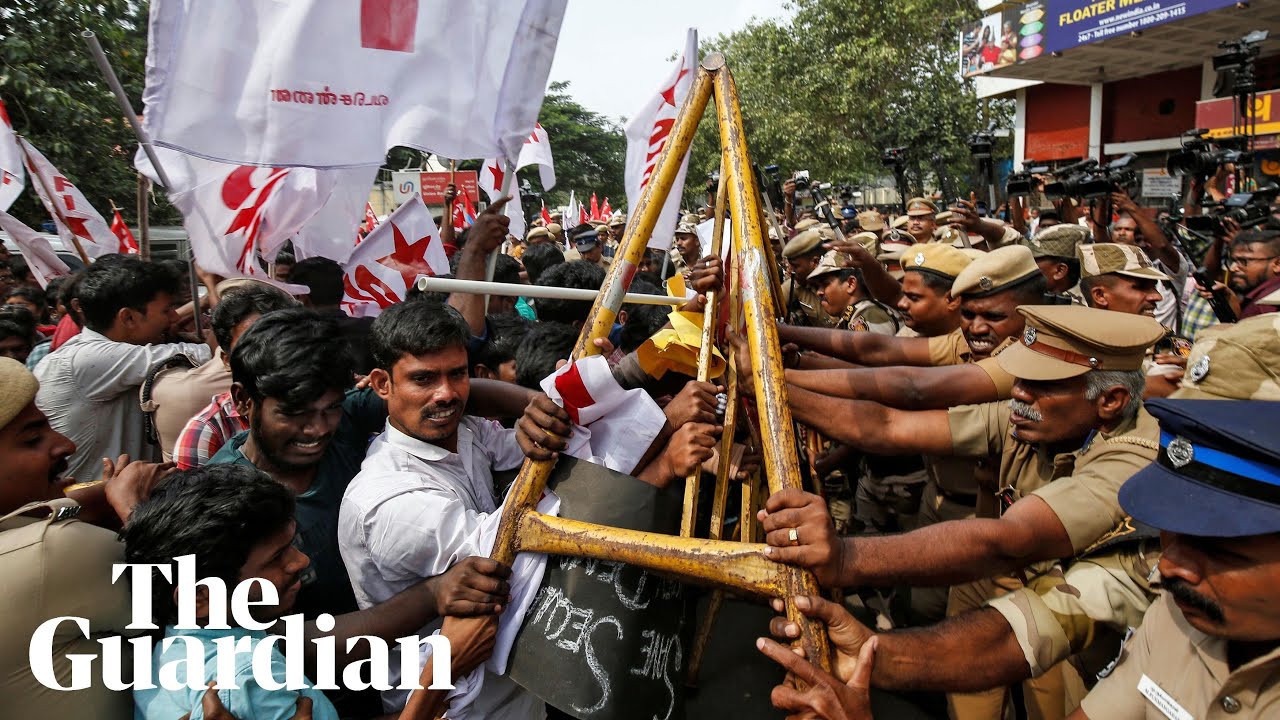 Police and protesters have clashed across India and six people died during standoffs on Friday in the northern state of Uttar Pradesh, where tensions exploded between majority Hindus and minority Muslims.
Thousands of protesters have been demonstrating since 11 December in several parts of the country to oppose a new law championed by the prime minister, Narendra Modi, which makes it easier for people from non-Muslim minorities in Afghanistan, Bangladesh and Pakistan who settled in India prior to 2015 to obtain Indian citizenship