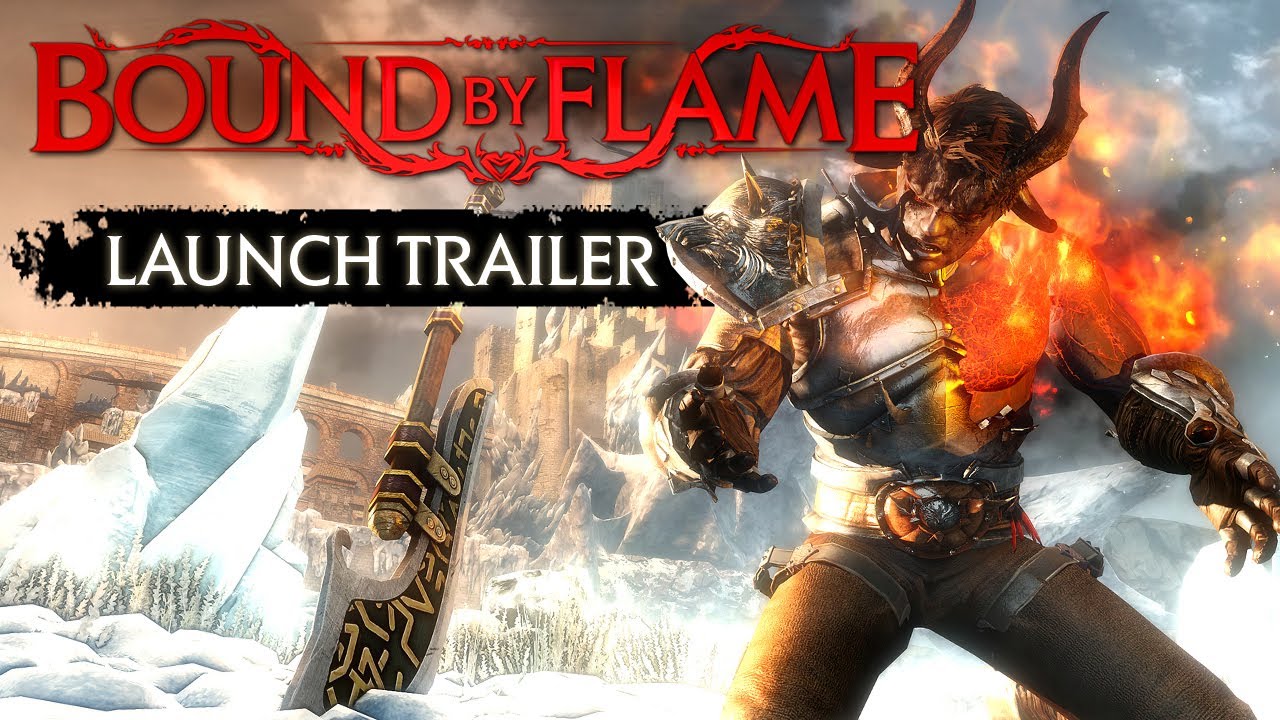 Bound by Flame will be available on Friday! So to celebrate the week of the game launch on PlayStation®4, PlayStation®3, Xbox 360® and PC, here’s a final teaser video of the most ambitious RPG from Spiders studio: a launch trailer with music by Olivier Derivière (Assassin’s Creed, Remember Me), who has created an original Bound by Flame soundtrack that is thrilling and sublime.

This latest Bound by Flame video highlights one of the important elements in the game, the background story and the gameplay: the relationship between the hero and the flame demon that possesses him. The choices and decisions you make in the game will determine if you allow your demonic side to predominate and gradually transform you physically in exchange for his powerful fire magic, or if you resist the demon’s control and retain your humanity to develop your heroic skills.

Your human/demon duality will have a notable impact not only on your approach to the extremely tactical combat in the game, but also on the reaction of the people around you, particularly your relationship with your companions. It is therefore a central component in Bound by Flame that will influence your game experience depending on your choices and also assure gameplay longevity: players who want to try every possible way of progressing through the adventure are sure to start the game again to make totally different decisions from the first time!