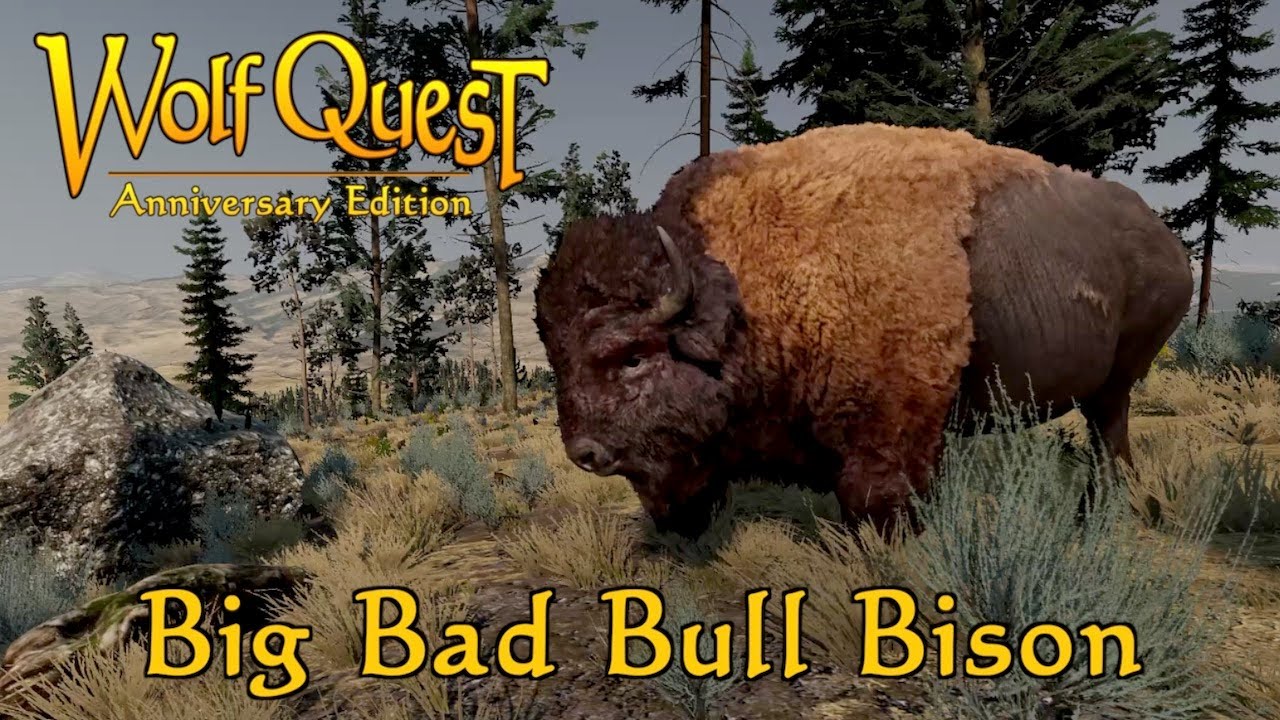 Anyone who has visited Yellowstone and played WolfQuest has one question: Where are the bison? We did not include bison in the original game, back in 2007, because historically bison have not been very numerous in Yellowstone, and represented a small portion of a wolf’s diet. That has changed in recent decades, though. While elk still outnumber bison in Yellowstone, bison are extremely visible to visitors since they like to graze in the broad Lamar and Hayden valleys, where they are easily seen (and often hard to avoid). And since wolves were reintroduced to the park in the 1990s, they have been learning how to hunt bison. Wolves still prefer elk, which are much easier to kill, but bison now make up about 13% of a wolf’s diet, on average.

We’ve been planning to add bison to the game for quite a long time. (In fact, we had hoped to do it in 2010, but we asked players to vote on several new features and bison lost out.) The large herds consisting of a hundred or more bison pose significant game-performance issues currently, and while we hope to overcome those someday, we don’t want to wait that long to add this important species to the game. So we are adding small groups of elderly bull bison, who typically congregate together after they’ve grown too old to be active members of the big herds. They’re huge and cranky and extremely dangerous — more dangerous than any other animal in the game! It’ll be best to admire them from a distance…but players can use their own judgment.

We’ve been setting up bison in the game with the beautiful animal model and animations created by our partner GIM. There’s still some work still to do so it’ll be a few weeks before they are ready to release, but we thought you might like this sneak peak.

______________
We have released the first episode of WolfQuest 3: Anniversary Edition (Amethyst Mountain) for PC/Mac on Steam and itch.io, as Early Access. While in Early Access, we are updating the game frequently with more features, multiplayer, and ultimately the Slough Creek episode with pups. The mobile version will come after the game is completed on PC/Mac platforms. We’ll then resume development of the next episode, Tower Fall (DLC).