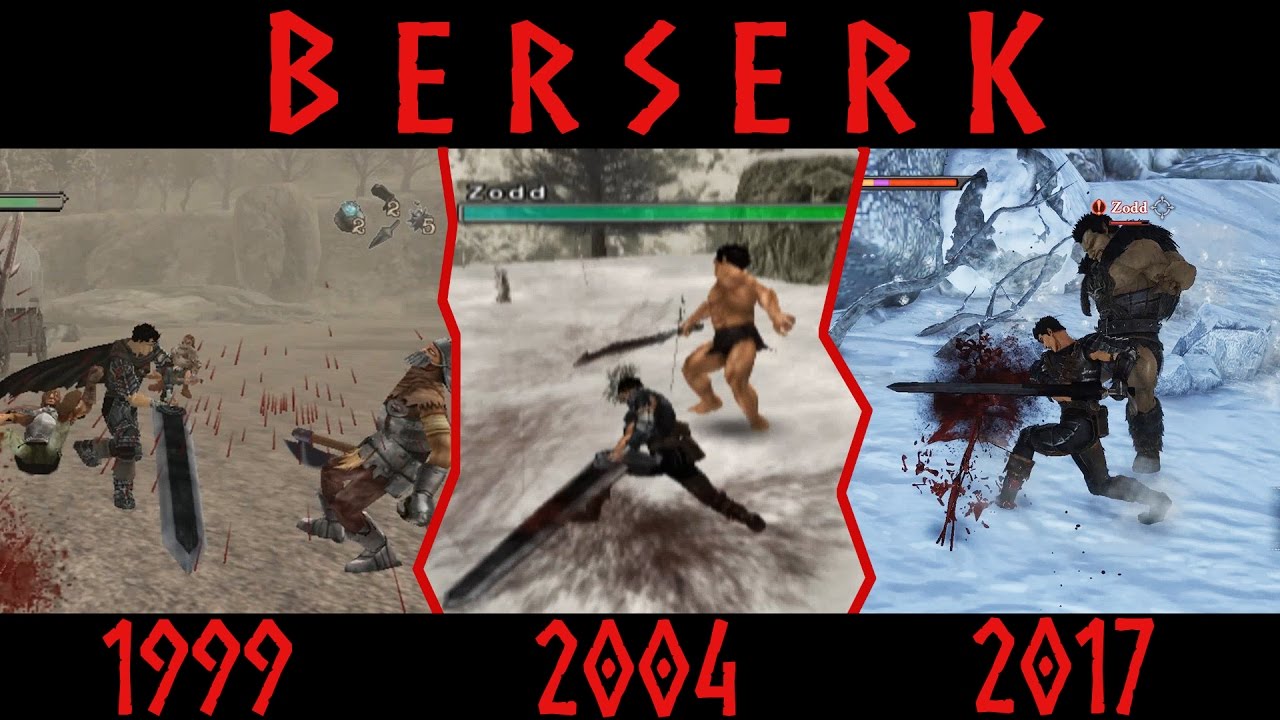 Here I’ve compared the three previously released Berserk games in terms of gameplay and graphics in a short video. The games are:

It wasn’t easy for me to get the old versions of the games. ersonally, I liked the second part (Falcon) the best. Its atmosphere is much darker than that of Band of the Hawk. If these titles were released with new graphics, many fans would be made happy.

If you don’t know what Berserk is: Berserk is a fantasy medieval manga for adults that revolves around the terrible adventures of the mercenary Guts. Epic battles, an end-time mood and a ruthlessly depicted reality are characteristics of the series.