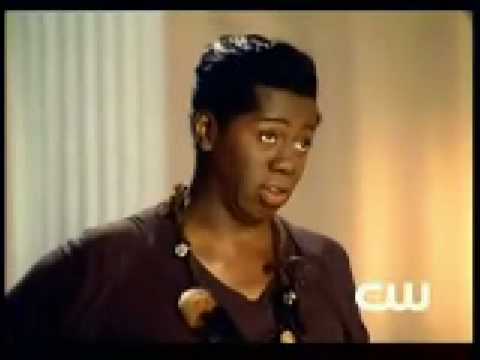 It starts off with a look at Jessicas audition and she tells the judges shes never been called ugly. It then switches to the semi-finals are Roman themed, as all the girls are wearing togas and gladiator sandals and Roman soldiers appear to introduce Tyra, the Goddess of Fierce.

The whole thing is hilarious and ridiculous. Its a thousand times better than the Top Model Institute of Technology!

They also give us a better idea of Londons street preacher tendencies. They show Tahlias audition and her scars. Aminat is super excited and super confident. We meet Kathryn, who gets totally ripped up by Tyra for not knowing the names of five supermodels. We also hear Angeleas heartbreaking story.

I think Tahlia is a beautiful and inspiring girl, but I just dont see a model. Jessica is full of it. London might be my new favorite personality, Im excited to see just how loony shes going to get. Aminat reminds me of Stacy-Ann and I love her confidence. Its a different type of confidence than Jessica, it comes from within. Its I know Im fierce as opposed to people think Im fierce, if that makes sense.

Which girls are standing out to you now? Any early favorites? Anyone who like less because of these introductions?