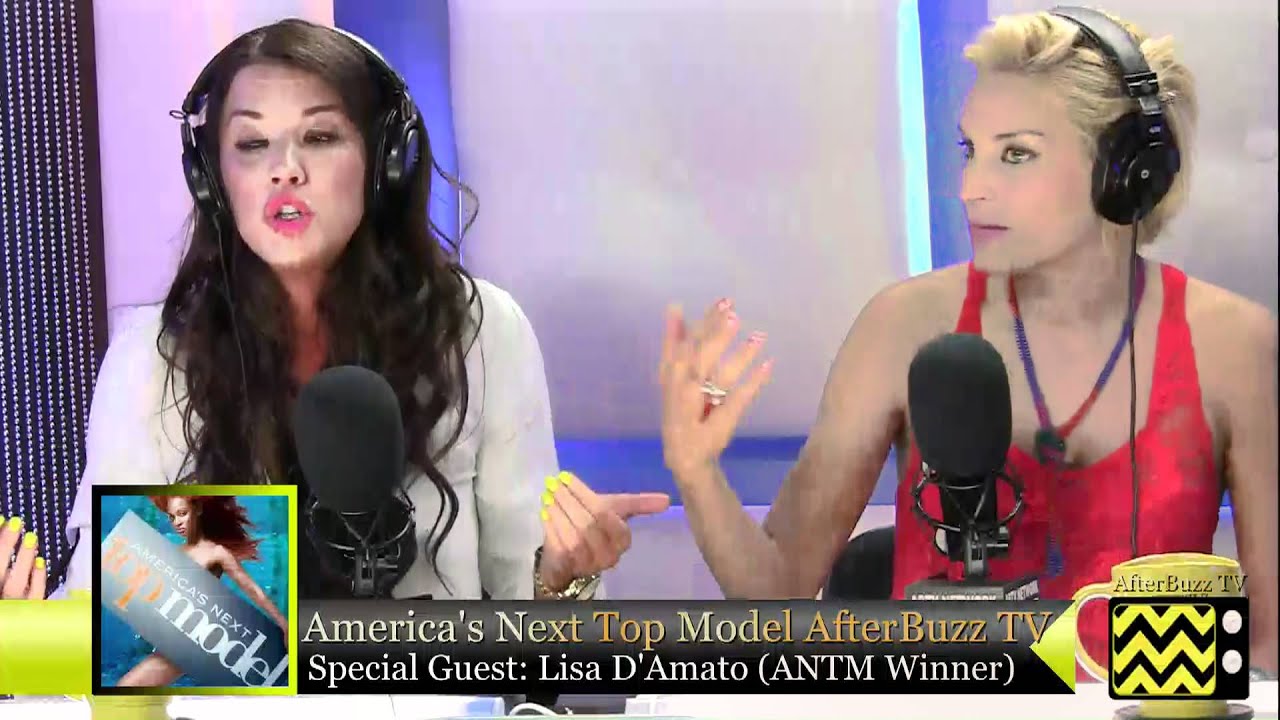 AFTERBUZZ TV — America’s Next Top Model edition, is a weekly “after show” for fans of CW’s America’s Next Top Model. In this episode, host Brittany Brower breaks down the “Jessica Sutta and Nadine Coyle” episode in which, in the beginning of the episode, some of the girls accidentally rip Laura’s stuffed elephant, which was given to her by her deceased friend Kevin, and throw the ear into the swimming pool. Laura then displaces her anger towards Kyle, who was trying to help but instead pushes Laura over the edge. Later, All-Star winner Lisa D’Amato informs the models that they will have to perform in a group music video. At the recording studio, the UK girls do substantially better that the US contestants while Catherine excelled that performance while Kyle, Eboni, AzMarie and Sophie struggled. Later, Tyra teaches the girls about the different types of “booty tooch”. AzMarie refuses to participate in the lesson after refusing to wear the butt pad. During the music video shoot, the British contestants excelled the shoot, except for Sophie, who selling a lipstick and struggles with her shoot, while the American girls fail to work as a team. Kyle pulls down the performance of her teammates and she runs out of the bathroom, while AzMarie is castigated for her attitude on set. At panel, all of the British girls receive good feedback, with Sophie and Alisha deemed the contenders. This leads to Alisha earning a first call-out during the elimination ceremony, making her the first British girl to receive one. She is quickly followed the remaining Brits: Sophie, Catherine and Annaliese. Most of the American models receive mixed feedback from the judges, but it is Kyle and AzMarie who ultimately land in the bottom two. AzMarie is reprimanded for being overconfident, while Kyle is told that she doesn’t own her “model look”. Despite her previous strong performances, AzMarie is eliminated after Tyra hands the last screen-grab to Kyle. There to help Brittany is co-host Tyler and special guest Lisa D’Amato. It’s America’s Next Top Model’s “Jessica Sutta and Nadine Coyle” podcast!
Follow us on Twitter @ Twitter.com/AfterBuzzTV