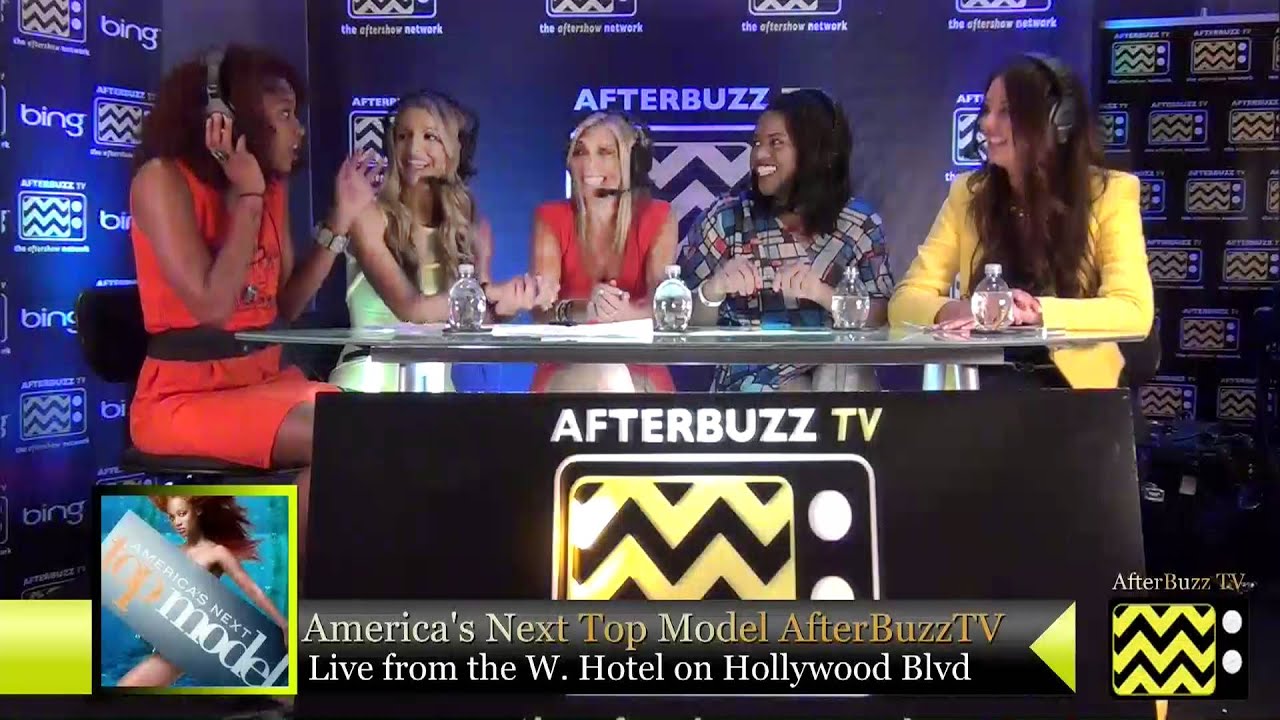 AFTERBUZZ TV — America’s Next Top Model edition, is a weekly “after show” for fans of CW’s America’s Next Top Model. In this special aftershow, LIVE from the Kari Feinstein Style Lounge MTV Movie Award gifting suite from the W Hotel on Hollywood Blvd, host Jackie Miranne breaks down the Season Finale episode in which the finalists shoot their CoverGirl Blast Flipstick commercial and photoshoot. Some of the clips were taken throughout their journey in the competition. Laura struggled in the shoot, although she later suffered from a panic attack and was taken to the hospital, unable to finish her commercial. Mr. Jay later dropped by the hotel in order to wrap up her commercial. The following day, Valentina Serra welcomed the girls for their shoot in a spread for Vogue Italia; Sophie struggled, while Laura shone and impressed the clients. Tyra later visited the models in their apartment in order to interview both of them. Laura spoke about her life struggles. Meanwhile, Sophie talked about her insecurities for being a British contestant competing in an American competition. In the final runway, for the first time, the girls participated in a holographic runway show for Forever 21. Eliminated contestants Catherine, Eboni, Alisha and Annaliese, also joined the models for the show. Both of the girls impressed the judges. At panel, Laura was criticized for her CoverGirl photo, but she redeemed herself with her commercial. Sophie excelled more in her photo than in her commercial. Laura’s rebel personality and Sophie’s bright presence were both praised. After deliberation, Sophie was revealed to be the eighteenth winner of America’s Next Top Model, making her the first non-American winner of the show. There to help Jackie are co-hosts Rachel Zalis, Brittany Brower and special guests Annaliesse, Sophie, and Laura (models from this season). It’s America’s Next Top Model’s “Season Finale” podcast!