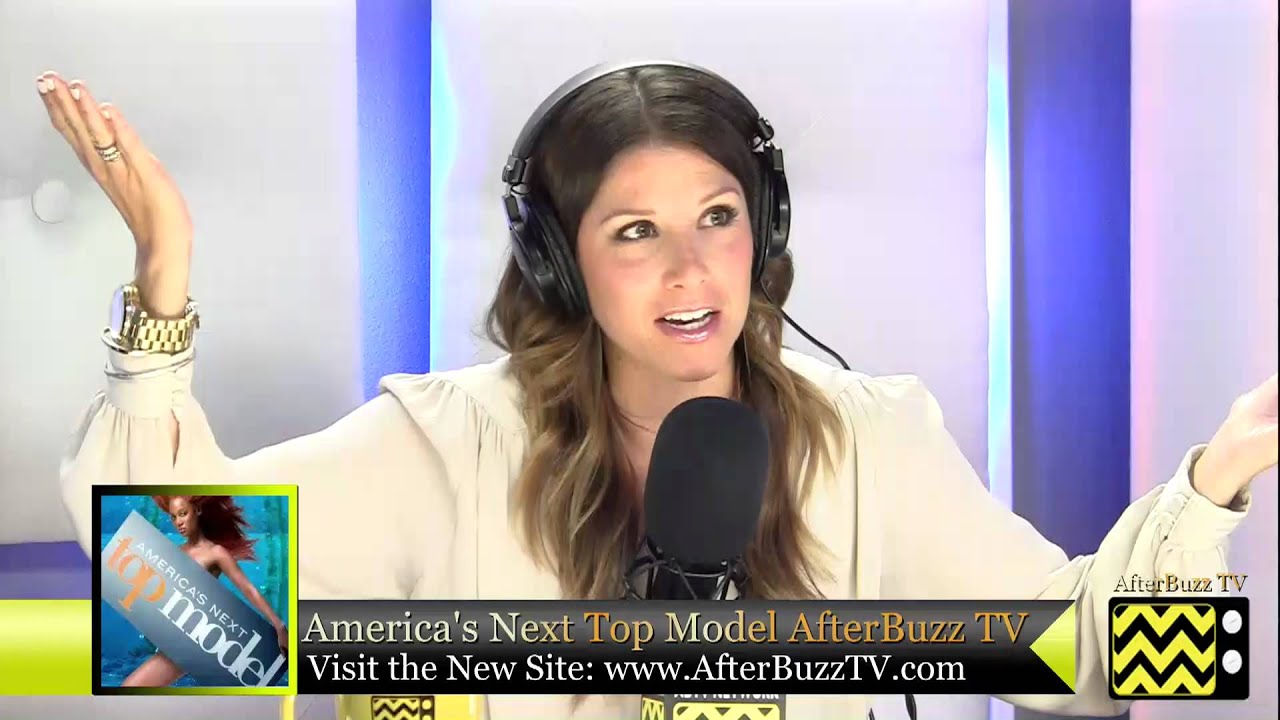 AFTERBUZZ TV — America’s Next Top Model edition, is a weekly “after show” for fans of CW’s America’s Next Top Model. In this episode “The Girl Who Makes the Grade” in which the semi-finalists met for the first time, and enjoyed the party for the casting of Cycle 19. Tyra introduced the new judges for the cycle — Rob Evans and photo shoot director Johnny Wujek. She also revealed that the fans would take part in deciding who would be eliminated each week. The models were introduced to the public via runway, and later had a photo shoot in their bikinis. The girls met the judges for one-on-one interviews at panel. Memorable contestants included Victoria, who was home schooled her entire life, Brittany who loved Disney, Laura who is the daughter of actor John James, Jessie who accidentally flashed her booty during the runway challenge, and Kristin, who was a former mean girl in high-school. Tyra then announced the thirteen girls who would compete and live together in the top model house. There to help Jackie are co-hosts Lauren Leonelli and Alikona Bradford. It’s America’s Next Top Model’s “The Girl Who Makes the Grade” podcast!

For more of your post-game wrap up shows for your favorite TV shows, visit