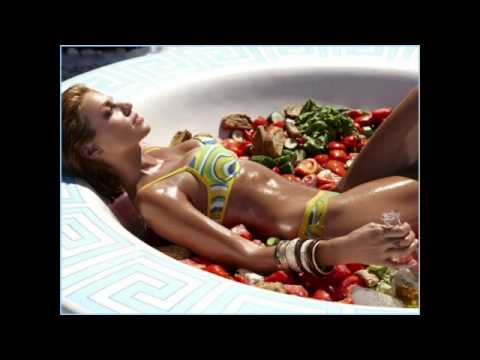 AFTERBUZZ TV — America’s Next Top Model edition, is a weekly “after show” for fans of CW’s America’s Next Top Model. In this episode, host Jackie Miranne (former Project Runway model) breaks down the “Nikos Papadopoulos” episode in which André arrives at the girls’ house and informs them that they would be travelling to Greece for the remainder of the competition. When they arrive at Athens, Miss J. tasks them to write a one-minute speech introducing themselves to the Greek Tourism dignitaries once they touch down at their final destination — Crete. Almost all of the girls commit minor faux pas. Lisa was dressed inappropriately, Allison was really great, Shannon focused too much on herself, Dominique’s nervousness showed through, Laura was too excitable and Angelea signed off crudely. All these gave Allison, the only one who did not commit any errors, the challenge win. She won a piece of Lina Fanouraki jewelry. When the models arrived at their new home, they are given the opportunity to collaborate with designer Michael Cinco to design their final runway gown should they make it to the final two. This week’s photo shoot required the girls to model lingerie while posing into a giant bowl of Greek salad. Shannon refused to pose in underwear and she sat out of the shoot, while Allison’s tearing eyes and Laura’s migraine caused discomfort at their respective shoots. At panel, Dominique’s photo was universally applauded, and while Allison’s eyes were closed in her photo, she pulled off a great shot nevertheless. Laura’s erotically-charged photo didn’t sit well with the judges, especially since they felt it was contradictory to her “lovable” brand. This caused her to land in the bottom two for the first time (in both of her cycles) together with Shannon, whom the judges appreciated for standing up for her beliefs, but in the end, the judges felt that Laura’s performance was better, and Shannon was eliminated. Photographer Nikos Papadopoulos is a guest judge. There to help Jackie are co-hosts Mari Fag