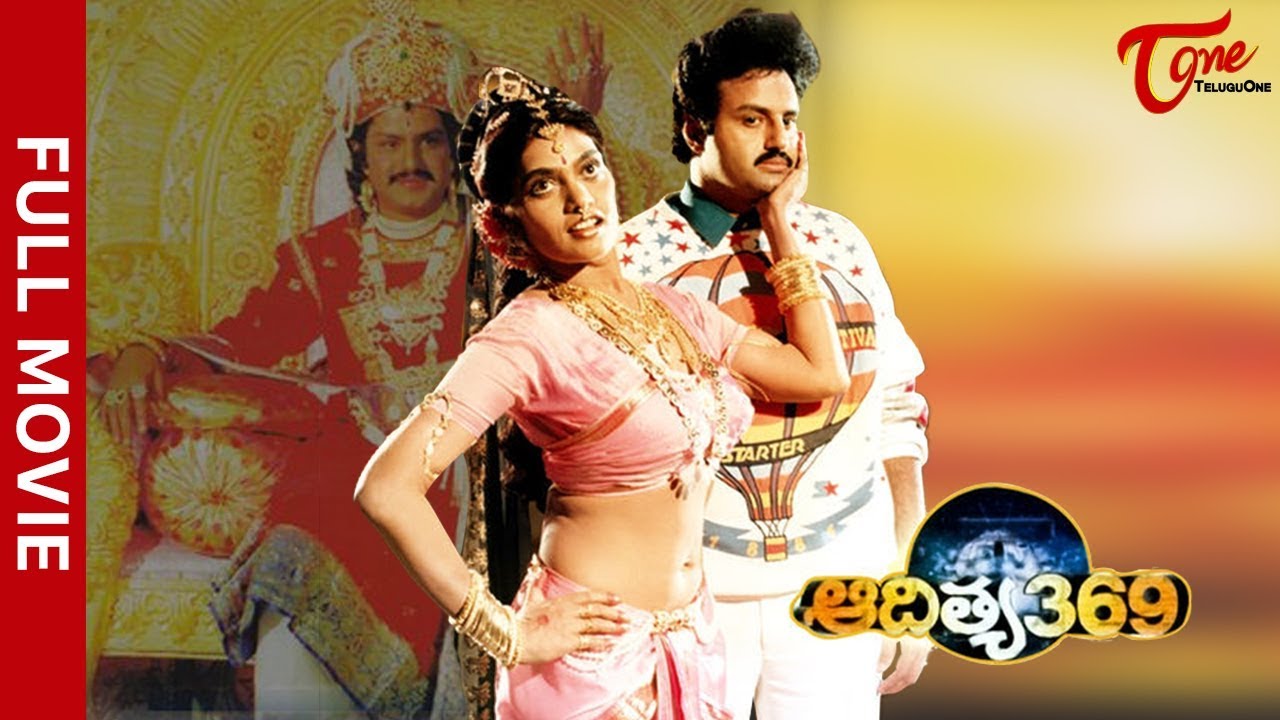 Aditya 369 Full Length Movie Description : This movie begins with a scientist Prof. Ramdas (Tinnu Anand) doing vigorous experiments to invent a ‘Time Machine’ at his home laboratory. After tremendous effort eventually he becomes successful. His daughter Hema (played by Mohini) and her fiancée Krishna Kumar (Nandamuri Balakrishna) accidentally get into the time machine and visit the past (time of Krishnadeva Raya’s Empire). At another instance, the couple gets ended up in a fictional ‘Future’ set up by the ‘Time Machine’ where in, the world is about to get destroyed through radiation effect after the end of Third World War. This movie has been developed and was inspired on the lines of “back to the future” movies but is very well made with regards to originality & regionalism. The story revolves around one more important aspect, the Krishnadeva Raya’s Empire – diamond in a highly secured museum. A high profile thief Raja Verma (Amrish Puri) has a queer hobby of burglary of expensive diamonds from all over the world museums. He makes an attempt to rob the diamond in the present time, which was witnessed by a school kid – Hema’s cousin (Tarun Kumar) – on his school excursion to the museum. He is trapped inside the museum and happens to see the robbery happening in front of his eyes and the kid manages to escape from the robbers and gets rescued from the museum by Krishna Kumar. The rest of the plot has many twists and turns. This contributes to the film’s visual treat and laugh riot.